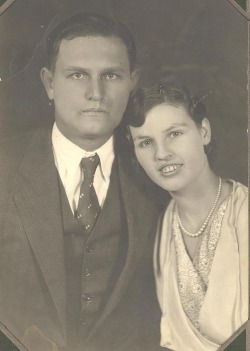 Ø  Born in   in Fleetwood, Indian Territory, which became Oklahoma later that year.

Ø  Died 6-30-1969 in Andrews, Texas of “Cardiac Arrest due to Myocardial  Infarction,” as per his death certificate.

Ø  Jim worked for Shell Oil company for 40 years as a gauger.

Ø  Married James Walker Kennedy 9-29-1926 by M. V. Showalter, as per the marriage license, in the Showalter home in Abilene, Texas.

Ø  Mary Jo lived until her death in Seminole, Texas on November 1, 1997.  She was buried next to Jim at the crossroads in the Gaines County Cemetery South.


Always-Song sang at their wedding

This song was sung at the wedding of Jim and Mary Jo in 1926.  It was written by Irving Berlin in 1925.  It was later recorded and became a hit for Frank Sinatra and many others.  Here are the words.
'I'I'LL BE LOVING YOU, ALWAYS,
WITH A LOVE THAT'S TRUE, ALWAYS.
WHEN THE THINGS YOU'VE PLANNED,
NEED A HELPING HAND,
I WILL UNDERSTAND, ALWAYS,
ALWAYS...

I'LL BE LOVING YOU, ALWAYS,
WITH A LOVE THAT'S TRUE, ALWAYS.
WHEN THE THINGS YOU'VE PLANNED,
NEED A HELPING HAND,
I WILL UNDERSTAND, ALWAYS,
ALWAYS...

I'LL BE LOVING YOU, ALWAYS,
WITH A LOVE THAT'S TRUE, ALWAYS.
WHEN THE THINGS YOU'VE PLANNED,
NEED A HELPING HAND,
I WILL UNDERSTAND, ALWAYS,
ALWAYS... 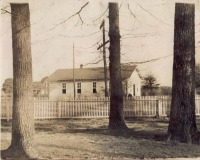 Dad worked shift work.  He could not go to church every time the doors opened, although he would have been prone to do so if he hadn't been working.  We had a preacher at Haskell named J.G. Malphurs.  Brother Malphurs preached against working on Sunday probably directed at Dad more than anyone else in the congregation.

Uncle Bryant is supposed to have told Brother Malphurs, "Preacher, you never would have made a dime without working on Sundays."

The picture shown is the actual Church of Christ in Grady, N. Mexico 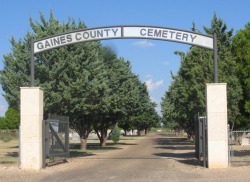 Lloyd, May 11, 1997
Back in 1969, when Dad died, several of us drove out to the cemetery.  A mile or so away there was and still is a Mobil tank farm.  A nice road passed and still passes in front of the cemetery, where cars would pass frequently.  Miles said that the cemetery was a perfect place for Dad.  Dad would be close to the kinds of tanks that he climbed and gauged for so many years, and he would like it that cars would be passing down that road.  (Referring to the fact that Dad did like to go down a road and see what was beyond the bend.  No doubt about it.  He enjoyed travel.)

Which brings up a question that is sometimes discussed--with no final answer.  As between Dad and Mother, which was the dominant personality?  There's no easy answer to that one.  Both had strong personalities.  Some would say that he was the strongest, but others would say that in her, not very concealed way, she often ruled.

He Died for Me and You 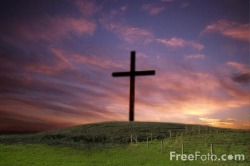 Jim wrote this song in 1964 and Mary Jo copyrighted it in 1968. It was arranged by his son Weldon.   This song was the very essence of the life and beliefs of Jim Kennedy.  It is sung at all Kennedy gatherings.

Weldon- May 5, 2010
Thinking back, I recall that Dad did not want me to major in music.  Even though he liked music a great deal, he had a poor opinion of “musicians” generally.  It is somewhat ironic that the thing that I did that perhaps pleased him most was to take his song “He Died for You and Me” and arrange it for him.  It was special to be able to hear it sung at his funeral.

A Broken Chair and church 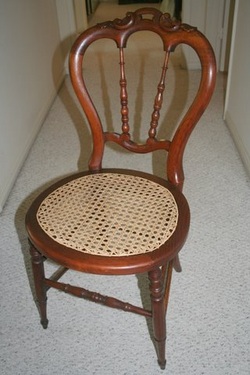 I do remember being at a singing in Weinert, Texas in the 1940s at a singing.  It was nine miles north of Haskell and we were visiting the small church there.  Dad was a large man, as we well remember.  Dad was sitting on the front row in a cane bottom chair.  All of a sudden, all four legs shot out in all directions from under the chair and promptly seated Dad flat on the floor.  He turned red as a beet, but always avowed that it did not embarrass him at all.  I don’t remember much about how good that the music was, but I will always remember that event.
By Weldon Kennedy June 3, 2010

Temptation to a Teenager 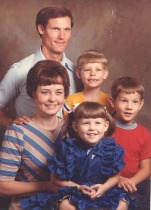 Chris Fowler- May 16, 2010
When I was about 17 or 18 years old, my sister, Penny and I went to see Great Grandmother Kennedy at the Denver City Nursing home.  She thought it was Glen Moore  and his wife.  She was in the early stages of dementia and she not completely aware of her surroundings.  She always was wanting to leave the home.  She told me and Penny if we would just get her the checkbook, she would pay us to take her out of the home.  Now when you are a teenager this was a pretty big temptation.   I told Great Grandmother we had to go check on the car and instead we just left.  That was the last time I saw her before she died. 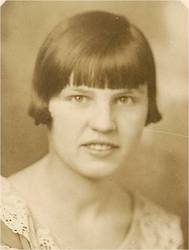 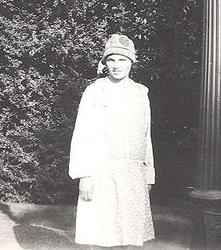 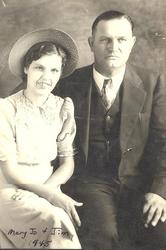 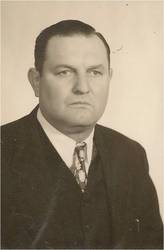 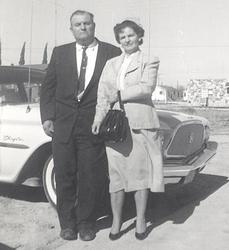 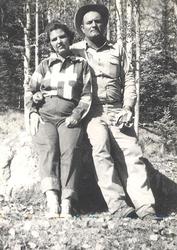 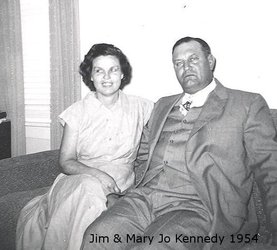 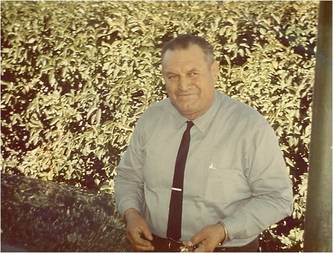 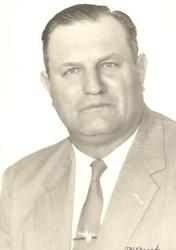 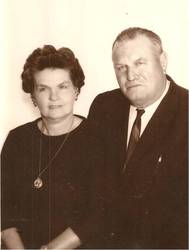 J. W. Kennedy, also known as "Big Jim,” was born on May 25, 1907 in Oklahoma, when it was still called "Fleetwood, Indian Territory" (later that year Oklahoma became a state.) Although he grew up in hard circumstances, Jim became a strong Christian man who knew the value of hard work.

Mary Josephine Mitchell was born on December 2, 1907 in Marie, Ok. At age seven, Mary Jo, her widowed mother, and her siblings traveled by covered wagon from Oklahoma to Broadview, New Mexico where they claimed their homestead.

Jim and Mary Jo met when they were young and renewed their acquaintance in 1926 by correspondence. Mary Jo sent Jim a graduation announcement and he responded with his own announcement and a gift for Mary Jo. Mary Jo then sent him a necktie for a gift and later said that the “tie that tied was the tie that binds.” Jim proposed to Mary Jo on the steps of the Capitol Building in Austin, Texas.  On Saturday afternoon, Sept. 29, 1926, they were married. The following Monday they went back to work out in the fields picking cotton in order to make a living.

Jim and Mary Jo had a very great faith in our Lord and Savior, Jesus Christ and raised all eight of their children to be faithful members of the Lord's church.